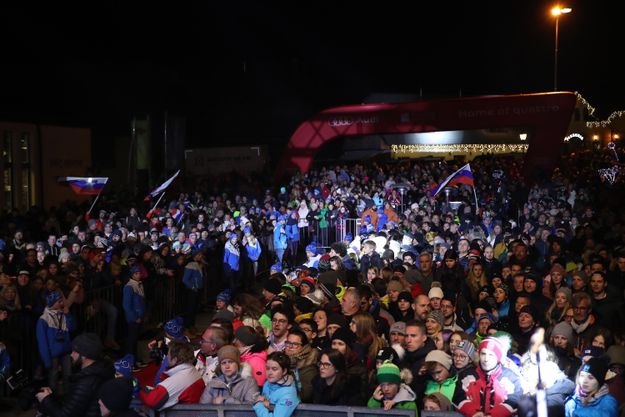 The Sporting Heroes Hall of Fame

Alenka Dovžan is a new member of the Sporting Heroes Hall of Fame of the Slovenian Association of Sports Journalists. After the bib draw for the slalom for the World Cup of Alpine skiers in Kranjska Gora the cup was presented to Alenka as a symbolic placement in the Hall of Fame.

Alenka Dovžan was the first winner of the Olympic medal at the Winter Games under the Slovenian flag in 1994 in Lillehammer, where Jure Košir and Katja Koren Miklavec won the bronze medals. Košir and Koren Miklavc were awarded with the cup at the end of January in Maribor, where the bib draw for the Golden Fox giant slalom took place.

All three Alpine skiers are joining 56 giants of Slovenian sport, who have already been accepted into the Hall of Fame.