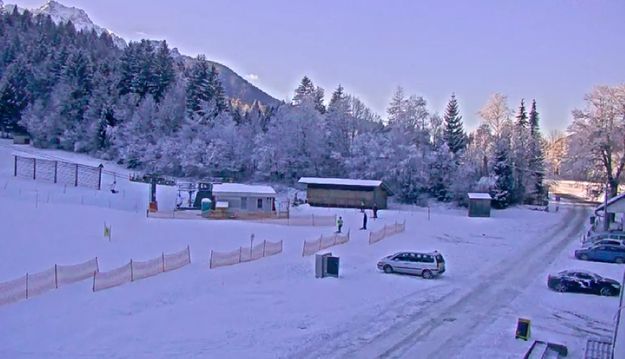 Last night in Kranjska Gora we enjoyed the first snowflakes after almost 2 months. While in the western part of Austria and the southern part of Germany they are almost "swimming" in the snow while causing them a lot of problems, on the southern side of the Alpine snow on the ski slopes more or less technologically prepared. A short but intense snow snowstorm brought a good 5 cm snow on the roads as well as on the ski slopes. The new shipment of snow is scheduled for the last working days this week. The first Mini Cup Vitranc in the season will thus be held in a proper winter fairytale.The first snow in two cold months