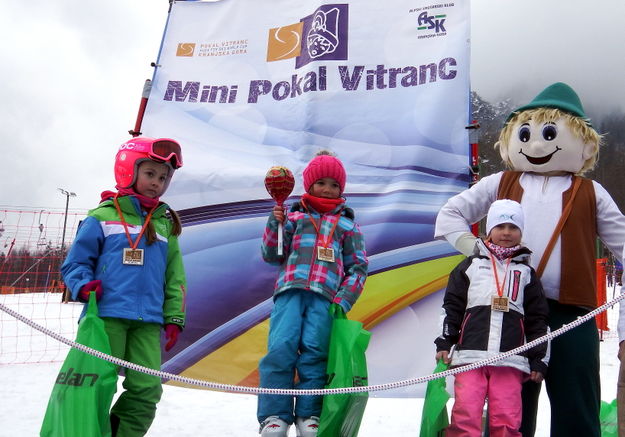 First competition for young skiers will be on January 16th, next one in March.

Mini Cup Vitranc is in his third season scheduled for 16 January and 21 March 2016. Also this year, according to the good experience from previous years and mostly good weather forecast, we expect more than 250 young skiers on the race track.

Along with the entry fee and the cost of a skipass the price is low - 12 euros with the aim to raise popularity of competitive alpine skiing among the youngest and also attract new members to alpine selections of ski clubs.

In the past two years, for example, the winners in the youngest category are not coming from the ski clubs, which shows that there is still a lot of skiing talents in Slovenia.