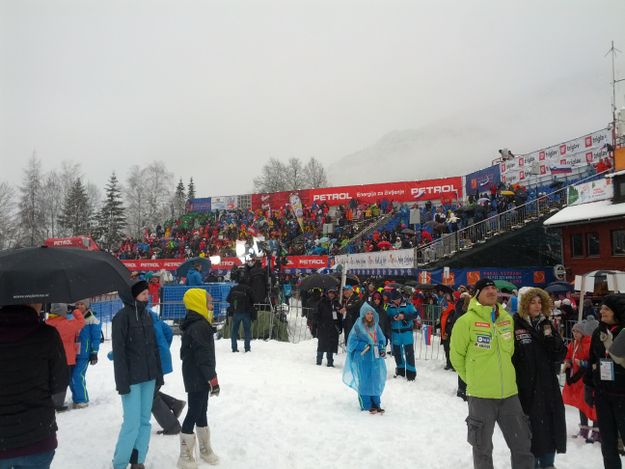 Hirscher in the Lead

Slovenes Unfortunately did not Make it to the Finals

After  enormous efforts of Vitranc Cup piste workers,  who have managed to prepare the race course  for today's competition, the  first run of the slalom for the 55th Vitranc Cup is now behind us.  This year, the terrain was obviously tailor-made for the Austrian skier  Marcel Hirscher, who is leading after the first run. The second was  Julien Lizeroux, and the  third the German skier Fritz Dopfer. Henrik Kristoffersen, who is currently laeding in the  slalom standings, was sixth.


Six Slovenians competed in the race, but they unfortunately failed to qualify for the finals. The best was Matic Skube, on 39th place,  Miha Kürner was 51th , Žan Grošelj 55th , Žan Kranjec 58th, Jacob Špik 59th and Klemen Kosi 65th.