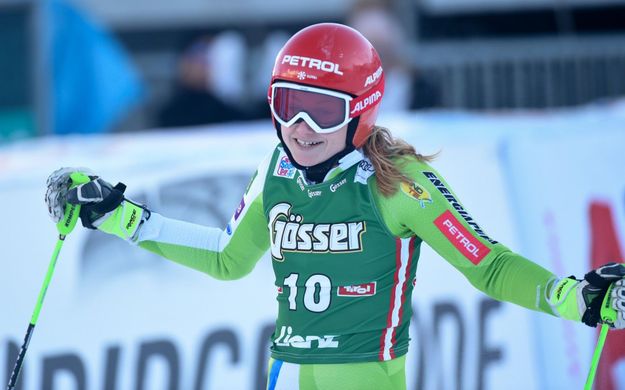 Golden Fox on Vitranc for the Seventh Time Already

Lack of snow decisive for the moving the race from Maribor to Kranjska Gora.

Due to bad weather conditions and lack of snow on Pohorje slope in Maribor, the organisers of the Golden Fox have agreed with the organisers of the Vitranc Cup to carry out the Golden Fox on the Vitranc slope. The Podkoren racetrack has now passed the snow control of the International Ski Federation. Rainy days, surprisingly high temperatures and disappointing weather forecast triggered arrangements between Maribor’s and Kranjska Gora's organisers of races for the World Cup in Alpine skiing. The organisers, Golden Fox Organising Committee, Branik Ski Club and company Marprom have invested all their efforts to carry out the race for the World Cup in Alpine skiing for ladies in Maribor, but the weather conditions this year simply did not allow this to happen. Gregor Benedik, President of the Vitranc Cup OC, emphasised: "We are happy that we can come and help the people of Maribor, which shows that Slovenians can come together and with the joint efforts enable the race to stay in Slovenia." "The racetrack in Podkoren has been prepared for at least three weeks. There is more than half a meter of snow all over the racetrack. It was snowing yesterday, and 30 cm of snow fell in the lower part and up to 70 cm of snow in the upper part. So we have some more work to do, as we have to remove snow and additionally consolidate the racetrack," highlighted Aleš Vidic, Vitranc Cup Race Director. Srečko Vilar, Golden Fox Secretary General, said: "Zlata Lisica will be in Slovenia and that is the most important thing. I can only sincerely thank my friends from Kranjska Gora for their support. We will do our best to make the Golden Fox in Kranjska Gora an excellent sporting event."