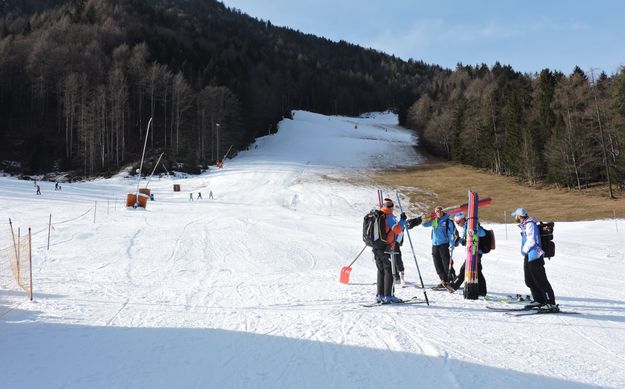 Before the ladies' race in Maribor slope in Kranjska Gora has been tested by domestic and foreign skiers.

Last weekend in January the female part of the FIS Alpine Ski World Cup is traditionally hosted in Maribor. At the Slovenian women's ski fest we always make an effort trying to offer domestic as well as foreign athletes quality training in all parts of our race track. In the week before the Golden Fox were in Kranjska Gora in addition to the Slovenian national team also French, Russian, Slovak and Finland ski team. Trainings were conducted on the track Podles in Kranjska Gora and on the slope by the race course in Podkoren, which configuration is closer to those in Maribor. Among Slovene female alpine skiers Ana Drev and Tina Robnik have conducted some trainings at our track some time ago.