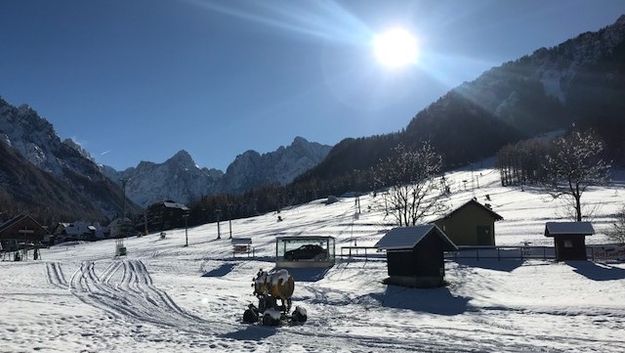 Temperature at the end of October were quite low, with the cold front passing Slovenia brought with not only the external temperature sreduction, but also snowfall crossed Slovenia. First snow in this skiing season came exactly half of month before than last year. The snow has whitened all the ski slopes in Kranjska Gora. Due to early snow and warm forecast fort he next weeks there will be no artificial snow produced.