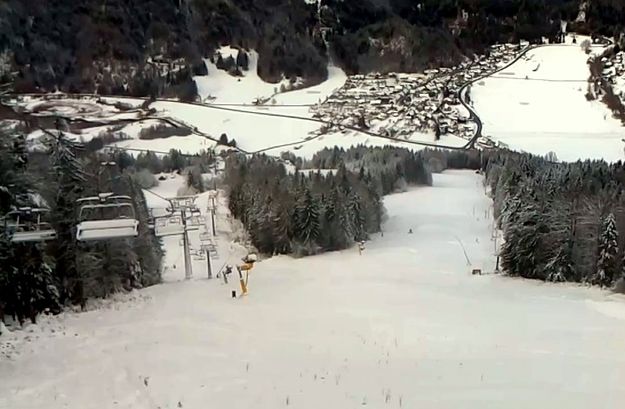 Temperature at the beginning of the November were more late summer than winter like. The penultimate weekend of November,a cold front that brought with not only the external temperature sreduction, but also snowfall crossed Slovenia. First snow in this skiing season came exactly one month later than last year. The snow has whitened all the ski slopes in Kranjska Gora, low outdoor temperatures on the other hand are allowing also the production of artificial snow. The lifts at Kranjska Gora ski resort will open already last weekend in November. Despite the warm early autumn, in the opinion of the local folk traditions winter is going to be long and mostly cold.