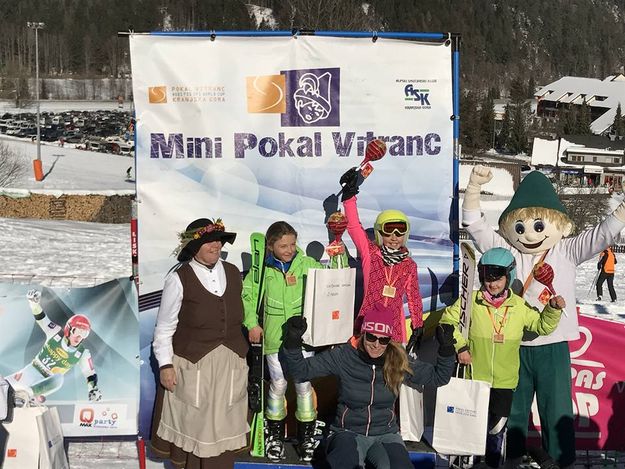 Young skiers proved that we can count on them in the future.

Mini Vitranc Cup from is becoming more popular among young skiers and their parents from year to year. Eevery year there was a slight increase in the number of competitors. This year we have had more that 250 young skiers on the race slope. First on the race track in the centre of Kranjska Gora were the youngest competitors with the age 4 and 5 years old. The match lasted until the early afternoon, when the competition completed the 'oldest' skiers being 12 years old.  We also had a distinguish guest, Kekec, who together with representatives of the OC Vitranc handed the prizes to the first three skiers in enach category. Two famous Slovene alpine skiers visited young skiers, Urška Hrovat, winner of several world cup slalom races and Meta Hrovat, young alpine skiers from the local Ski Club who has already some good placement in her pocket. The best in the oldest category has earned a also a start at the Loka Cup, one of the biggest competitions of young alpine skiers in Europe. Official Results 4th Mini Vitranc Cup