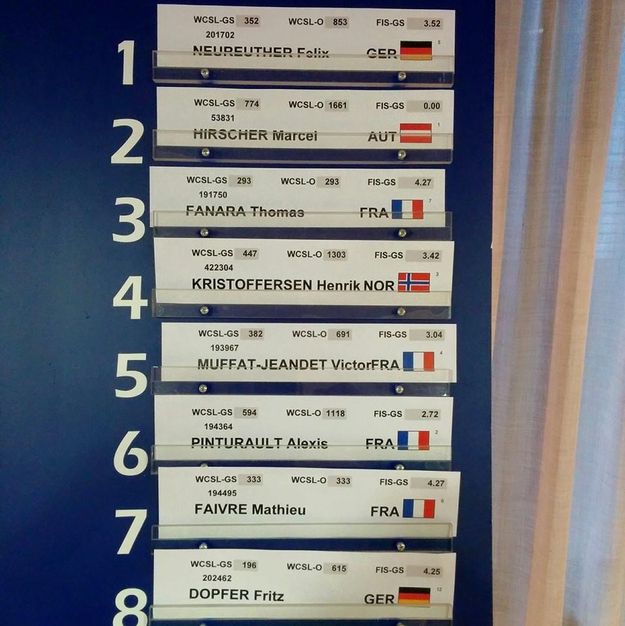 Giant slalom race for 55th Vitranc Cup will be held on the Podkoren’s slope tomorrow. Bib draw of the first 15 numbers took place and the start list was set at the Team Captains’ meeting today. German skier Felix Neureuther will open the race with number 1 and Austria’s Marcel Hirscher will start as second.

Žan Kranjec will be wearing the same race number 27 as in today's giant slalom. The next Slovenian skier on the piste will be Klemen Kosi with number 66, Martin Čater 67, Mišel Žerak 68, Jakob Špik 69, and Žan Grošelj 72. The first run starts at 9.30 a.m. and the second run at 12:30.