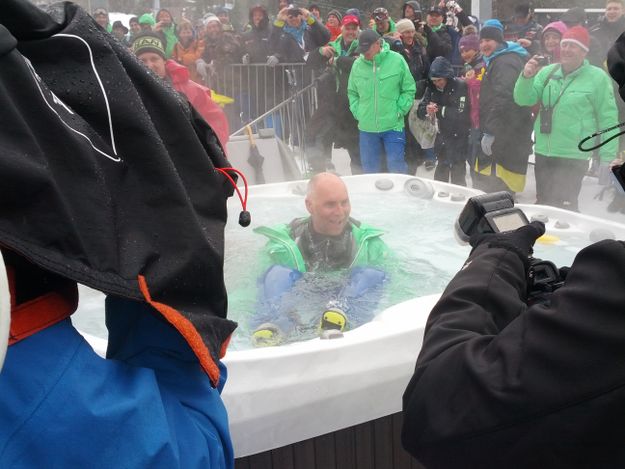 A Promise is a Promise!

Aleš Vidic in the Jacuzzi

Aleš Vidic, Race Director and Head of Race Committee,  who was watchfully overseeing the preparation of the Podkoren piste every second for the last three days and nights during this year's Vitranc Cup, promised  that if all three races were carried out successfully, he would  jump into the Jacuzzi in the finish arena, wearing his complete work clothing. Since a promise is a promise, that's what he has  done. Nature really did not spare us this year, and was testing us at every step, every minute. However, we managed to carry out the 55th Vitranc Cup,  as well as the  additional Friday's giant slalom race, which replaced the cancelled race of Garmisch-Partenkirchen. So that we are - along with the soaking wet  Ales - justifiably proud and happy.