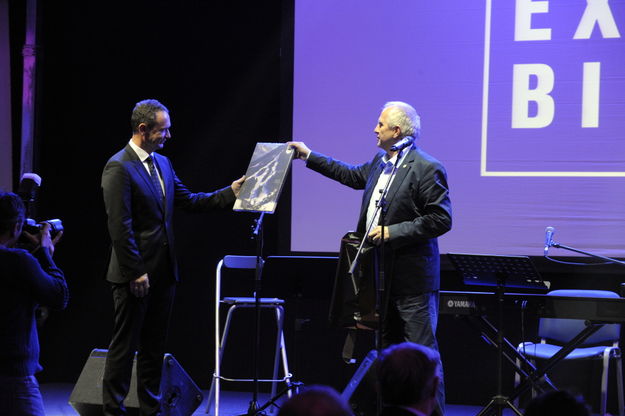 A Partner Company Expo Biro has celebrated its 25th anniversary.

Company Expo Biro is a partner of Vitranc Cup since 1997, when we began to put together a success story.Every year since then we have used their construction for the grand stand for the best view to the race for our spectators and in last few years also the two-storey tent at the finish area, where the athletes room, VIP and Partners area as well as sub media centre is located. Long term partnership is also reflected in mutual help. For example, in 2003 when we succeeded to cover with the snow only the race track, Expo Biro helped us with the construction of chairlift exit just at the top of the race track. With that construction we've made the competition happen. On behalf of LOC Vitranc Cup at theoccasion of their 25th anniversary a special gift has been handed out by our Secretary-General Srecko Medven.